People have many different abilities, which can be conventionally called different types of intelligence. Learning foreign languages ​​requires two components: a sense of language, or what can be called linguistic intelligence, and the so-called musical intelligence, or musical ability.

To make the process of learning a

language more effective, you need to choose the right approach. Recently, scientists have suggested that when teaching a foreign language, it is important to take into account and involve in the process the musical intelligence of students. On the other hand, students with natural musical talent and well-developed musical intelligence will naturally use their musical abilities to develop oral skills in a foreign language, and they can achieve outstanding learning outcomes if the teachers give them enough attention.

Music, like language in general, is natural for human society, which means that both of these phenomena are ubiquitous. Music accompanies our daily affairs: it facilitates the memorization process (long texts are easier to remember if you read them in a chant) and helps to distract or, conversely, concentrate during hard work (remember the songs that people sing when at work: marches, songs when harvesting, when rowing, and so on). Singing in chorus? It generally has a social function: it gives the participants a strong sense of cohesion and solidarity. And also, in addition to all of the above, music contributes to memorization and better perception of the language. Let’s try to figure out what 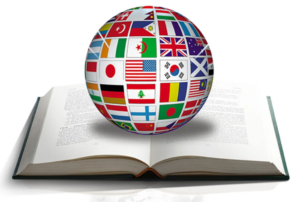 is common between the process of learning a language and comprehending music.

Researchers have shown great interest in the relationship between language and music. Some argue that language and music have many similarities, since both are composed of discrete elements of perception, organized in hierarchically structured sequences. In addition, this connection has been described in neurolinguistic studies showing that the regions of the brain responsible for language (especially Broca’s center) are also involved in the processing of musical works by the brain.